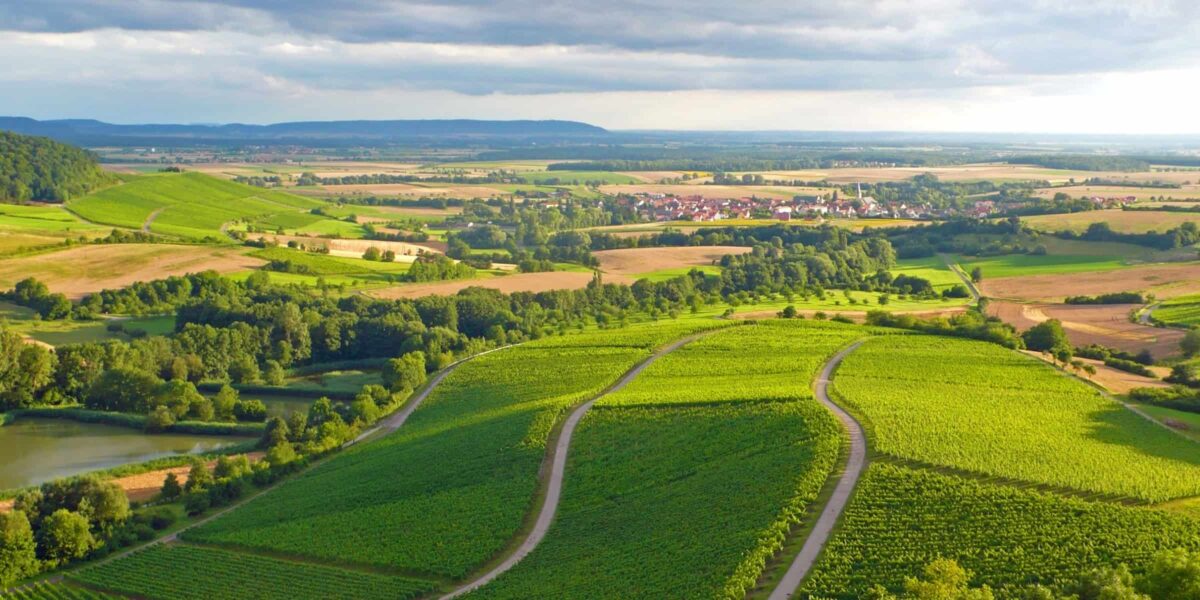 The Schweinfurt District is a great place for young families. Why? Because land for home construction is particularly inexpensive here and the unemployment rate is low. Plus numerous wonderful lakes for swimming that are surrounded by forests, meadows and rolling hills add to the quality of life for children and parents alike.

We have a Space for every Child

The childcare facilities of the communities of the district have almost 1000 spaces for children under the age of three. The percentage of kids in childcare is 35 percent, which is well above the average for Bavaria as well as Germany. We call that child-friendly.

Outside of Schweinfurt, there are three distinct ecosystems: To the South, vineyards dominate the scenery. West of town, organic farming is exemplary in every regard. And to the North lies the so called Schweinfurt Upper Land featuring forests and a water and nature preserve.

Life in the Schweinfurt Land by the Numbers

The Schweinfurt District is dissected by four Autobahn highways, the A3, A7, A70 and A71. The Main River is another major traffic artery and the Schweinfurt Port adds to the area’s infrastructure.

There are six swimming lakes in the Schweinfurt District, including Lower Franconia’s largest swimming lake, the Ellertshäuser See. On top of that, there are two nature parks and many hiking and bicycling trails. 880 km of bike trails crisscross the district.

As little as 20 years ago, the district was largely agriculturally based. Then, with infrastructure modernization and renewal, corporations added thousands of jobs for highly qualified workers.

The Schweinfurt District has the largest number of startup companies in the Mainfranken region. In 2014, the number of new startups increased by 188, as in about half of all newly founded companies in all of Mainfranken.

Since 1840, a unique tradition is at home in Schweinfurt and its surrounding areas: Freshly cooked pork is served one course after another on clean wooden boards that are laid across the tables. The pork is served with homemade loaves of bread, horseradish and sauerkraut. It is all you can eat and schnapps is included. 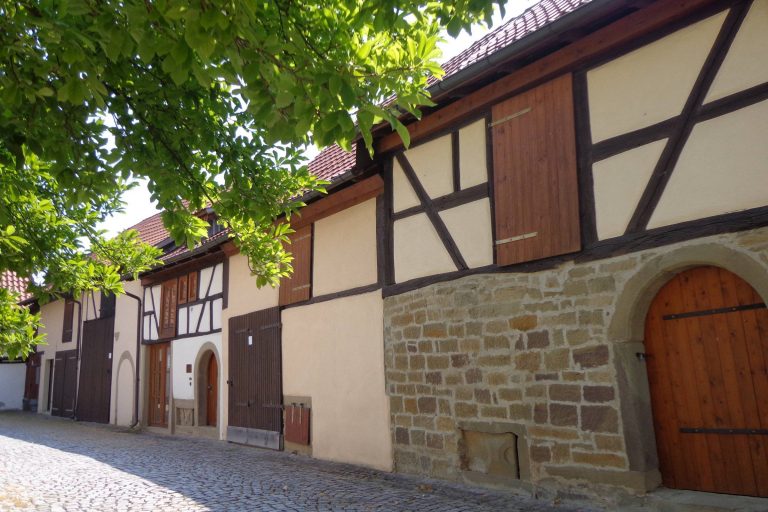 In Geldersheim, just outside of Schweinfurt, is a historical church that is surrounded by a circle of small storage buildings. That kind of structural ensemble is common in the Mainfranken region but the storage huts in Geldersheim are particularly beautiful. 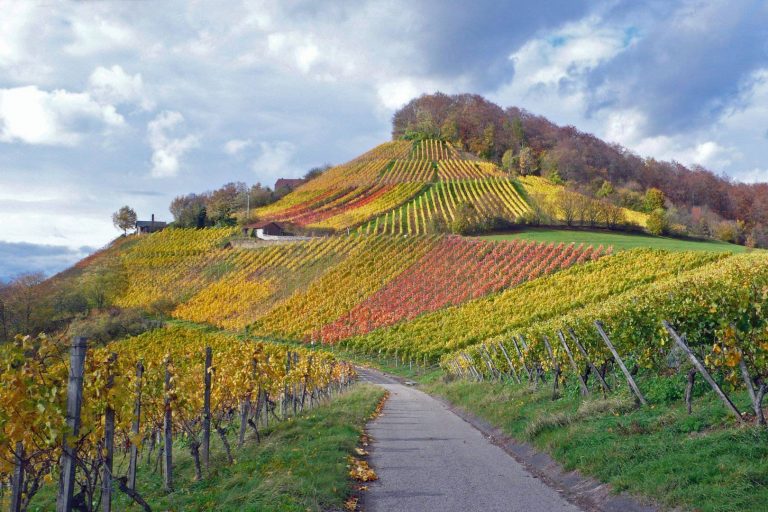 The highest vineyard in Franconia is located near the town of Handthal at the Western edge of the Steigerwald Forest. From here you get a great view across the Unterfranken plain. And, of course, there is great Franconian food available here as well. 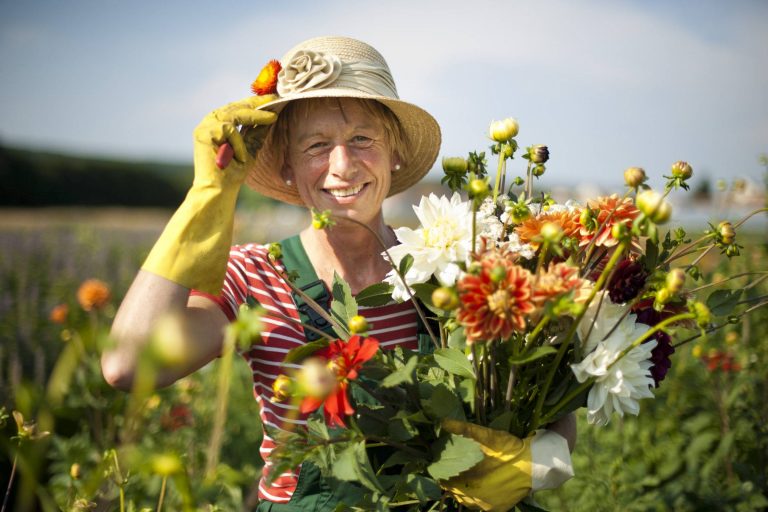 Explore the vegetable-growing techniques of times gone by at the giant teaching garden in Gochsheim.

IN THE FOOTSTEPS OF A WORLDFAMOUS POET

A 2.4 km interpretive trail in the town of Oberlauringen explores the life of the poet Friedrich Rückert. The nine displays along the loop trail are a must for poetry lovers.

SUMMER FUN AT THE BIG LAKE

The Ellertshäuser Swimming Lake invites you to swim, windsurf, and rent a row or pedal boat. You can also climb and hike along the shoreline. This is a great place to visit with friends and family. 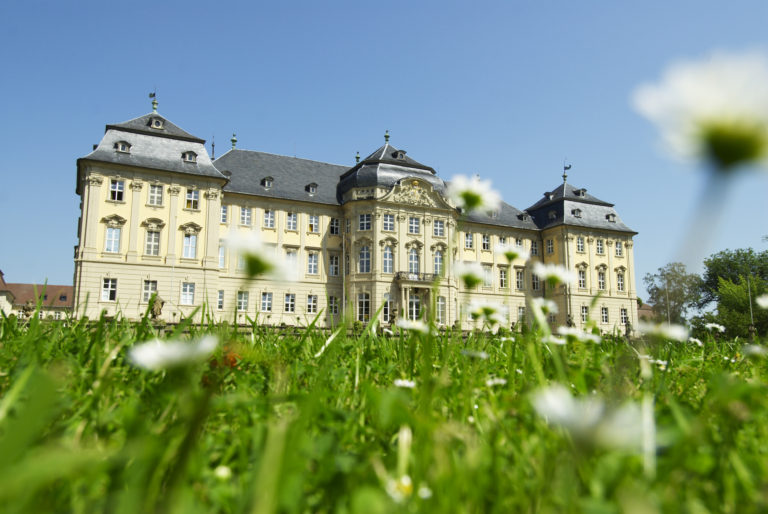 Right in the middle of the Mainfranken region there is an English castle park. Every now and then they offer special programs, such a birdsong identification walks. This is a great place for kids. 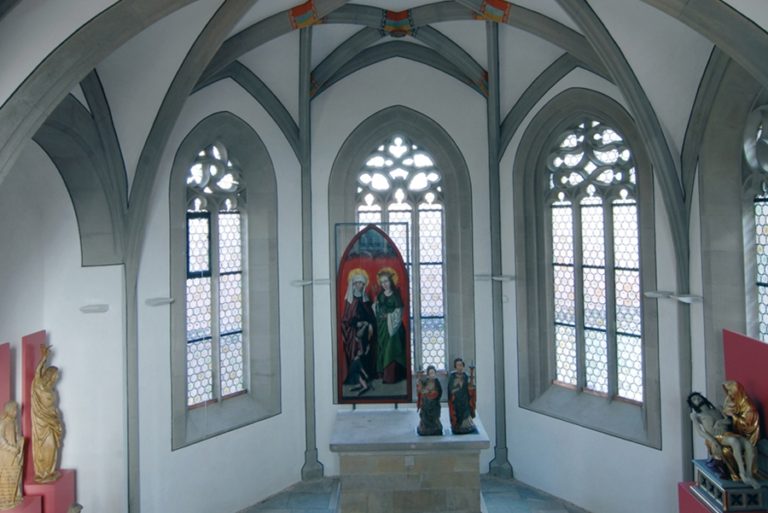 ART AND SPIRIT OF THE GOTHIC

Since 2006, the Johanniskapelle Museum in Gerolzhofen has precious and rare Franconian, Gothic-era items on display, such as sculptures and reliefs by Tilman Riemenschneider and Hans Schäufelin. 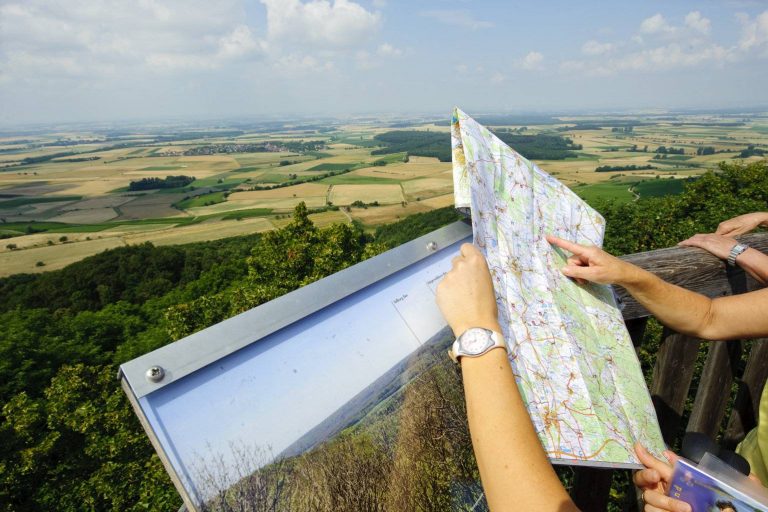 ON TOP OF THE WORLD

The sightseeing tower at the Zabelstein Mountain is 19 meters high. It is the highest point in the area and when the weather is good, you can see for 80 km. 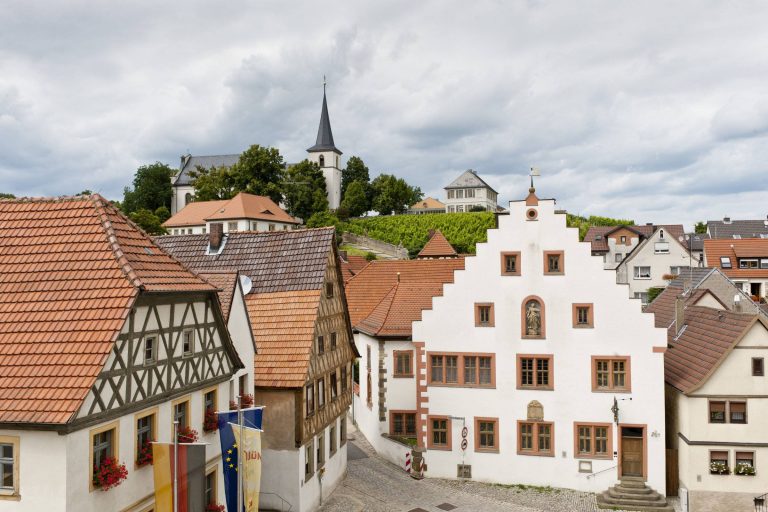 Along the Main River Loop, between the towns of Schweinfurt and Würzburg, there is the picturesque wine town of Wipfeld that affords fabulous views across the Main River Valley. Plus you can get a look at the historical “Wengert” vineyard that has been unchanged since 1723. 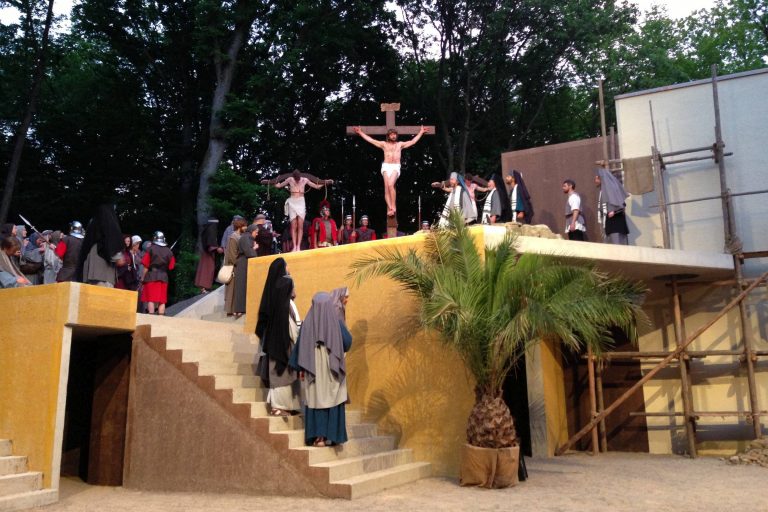 Every five years, the entire village of Sömmersdorf gets together and performs a passion play. 500 of the town’s 618 inhabitants are involved in the endeavor! Nowadays, there are also smaller performances in the in-between years.

We can do that

The district is home to many small and medium-sized companies. They take advantage of the roads and infrastructure as well as the low taxes. Plus the area is full of young, talented workers. Statistically speaking, there are 6.5 apprenticeships for every 100 employees – the best ratio in all of Bavaria. The unemployment rate is a mere 2.8 percent.

The District as Employer For more

Take a look at these companies! Just click on the logo to learn more about them.